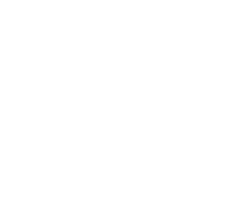 A Web Series Made By The Fans, For The Fans

At this point, we are still looking for ways to increase funding on this project. While I am confident that we can make this as a very low or even no-budget film and keep the quality up, the fans deserve the best that we can give them.

I had a long talk with Mike Dougherty from Browncoats: Redemption before I started this project, and they were required to get set up as a legal non-profit charity organization before they could accept donations. Fox and Universal were very particular about what they could and could not do, since it's their intellectual property.

I have also spoken to Ghostbusters: SLC, and they were able to simply set up a paypal account and take donations. I think the difference there is with the owner of the IP. Ghostbusters fan films are nothing new.

The Ruins of Du Khan has simply removed the name "Firefly" from their title. I haven't seen their film yet, but from what I understand, it is still very much based on the Firefly IP. I don't know if this will keep Fox or Universal happy. Courage: The Series was doing something similar. In all fairness, it would be difficult to say that Joss Whedon invented the space cowboy, or that Fox and/or Universal has exclusive rights to it. Joss even said it was based loosely on the Millenium Falcon. And Cowboy Bebop was around long before Firefly was. But it seems that as soon as we start using the Blue Sun logo, we can't argue that it's not Firefly.

The "Still Flying" companion that just came out a few months ago very clearly stated that Fox and Universal were fine with Browncoats: Redemption, since it was not for profit. It never stated anything about any legal hoops to jump through. In my opinion, this gives us a free pass to make this series, just not to sell it. But that doesn't mean we can take any money from people. I'm not an attorney, so my interpretation probably isn't perfect.

11th Hour was sued by Fox for selling Firefly inspired artwork, and it was for quite a bit more than she had made by selling them. (She now works for QMX doing Serenity stuff, but that's another story entirely.)

Mike Dougherty did say that the production company can accept donations, as long as they are not using Fox or Universal's IP to do it, and then the funds can be used for whatever they want. I'm not sure that my Illusionext company has enough history to really raise any funds, and what history I do have is based on fan films of one kind or another.

Maybe we should do a car wash...

Currently I'm funding this by myself, and not accepting any monetary donations. My funds are extremely limited. We've had a lot of people volunteer time and materials, and we've specifically written the scripts with the idea of keeping production costs as low as possible, but I would love to hear any suggestions for extra funding.